At Say No to Food Waste, we talk about food and environmental ethics a lot and don’t always take the time to define the phrases we use. Sure, we have some posts entirely devoted to things like “nose to tail eating,” but there are other phrases that we use off-handedly. Moreover, there are lots of words that are seemingly synonymous – like organic and natural – that actually have very specific connotations, and it can be difficult to keep all these terms straight. We’ve compiled this little sustainability vocabulary cheat-sheet to help you learn about and navigate the world of ethical food.

Cage-free: If a carton of eggs is labeled ‘cage-free,’ that means that the hens were raised in a hen house rather than in battery cages. In battery cages, chickens are penned so close together that they can’t even spread their wings. While the cage-free label means that the animals were raised slightly more humanely, it unfortunately doesn’t ensure that they got much space, as hen houses can also be densely packed. Similarly, free-range eggs come from chickens raised in hen houses that also provide access to the outdoors – but that doesn’t guarantee outdoor time for every hen. The system isn’t perfect, but cage-free and especially free-range egg options are better than their factory-farm-sourced alternatives.

Composting: Collecting organic waste to use it as fertilizer. In addition to weeds, fallen leaves, and grass clippings, compost can include food scraps, such as rotten produce, fruit rinds and cores, coffee grounds, moldy baked goods, and crushed eggshells. Composting is a great way to utilize inedible or unappetizing food to sustain soil rather than just throwing it out. Moreover, it keeps waste out of landfills, which are literally massive piles of garbage expected to disintegrate over time.

Doggy-bag: The English colloquialism when asking to take food home from a restaurant. It differs from ‘takeout’ in that it only applies to leftovers: you wouldn’t go to a Domino’s and order a pizza in a doggy bag. While the phrase implies that the food is going to be fed to a pet instead of eaten later by the diner, doggy-bagging is just an easy way to prevent waste and get your money’s worth out of your meal.

Farm to Fork/Table: Another term for the local food movement, which promotes buying food from regional producers because it’s fresher, doesn’t require the same amount of energy to be preserved and transported, and is otherwise generally assumed to be produced sustainably. This assumption comes from the idea that local farmers don’t use GMOs or hormones, keep their animals in factory farm conditions, or raise their crops on pesticides because, unlike national suppliers, they don’t have to produce mass quantities to send across the country. Many people also choose to ‘buy local’ to support their region’s economy.

Food Bank: Charitable organizations that collect food to provide it to people struggling with food insecurity (see below) for free. They typically act as middle-men between the restaurants, bakeries, stores, or farms that have donated the food and groups, such as soup kitchens, that then give or serve it to those in need. Donated foods are usually frozen (and then prepared by the soup kitchen) or non-perishable.

Food Insecurity: The state of not having reliable access to a steady supply of nutritious food. Food-insecure people aren’t necessarily starving, but the poor quality of food that they can afford can still lead to malnutrition. Food security is a question not just of personal income but of location: lots of low-income or minimally-populated areas don’t offer affordable, fresh produce so much as fast food joints or convenience stores selling heavily-processed packaged foods. A huge ethical paradox plaguing our world is that thousands of tons of edible produce gets thrown out when it could be feeding thousands of people suffering from food insecurity.

Fair-Trade: Fairtrade International puts its label on food products to indicate that they have met the organization’s lengthy labor and sustainability standards. The labor regulations are meant to ensure that workers producing the food haven’t been exploited, while the main environmental prerequisite is a pledge to reduce carbon emissions. Coffee and chocolate are the two products most commonly associated with fair-trade because their farmers are frequently exploited due to the high global demand and a lack of strong national labor laws.

Freegan: Someone who scrounges for edible food in dumpsters, usually behind restaurants or grocery stores, to make a statement about food waste. What differentiates a freegan from a regular dumpster-diver is that the former is primarily motivated by ethics whereas the latter is typically desperate for food due to poverty. Freegans highlight the fact that millions of tons of perfectly good food get thrown out before they even reach consumers due to excessively cautious health standards or the obsession with freshness.

GMOs: In terms of food, genetically-modified organisms are products that come from plants or animals whose DNA has been artificially manipulated. The goal of genetic engineering is usually to improve food’s nutritional content, to make the organisms resistant to specific viruses and/or pesticides, or to increase crop yield. There is a lot of controversy surrounding GMO’s, mainly the question of whether they cause long-term health effects due to the fact that the food has been altered unnaturally. Those concerned should look for “non-GMO” or “GMO-free” labels.

Locavore: Someone who “only” eats locally-sourced food (see ‘farm to table’).

Nose to tail: To quote my aforementioned article, “nose-to-tail refers to the practice of eating as much of an animal as possible to minimize waste.” So, in addition to traditional cuts of muscles and fat, animal organs, entrails, and extremities are prepared as food. Nose-to-tail can be used to describe the range of food offered by a butcher or chef or willing to be eaten by a consumer.

Organic: Officially, organic foods are those that haven’t been subject to any synthetic manipulation. While both are free of artificial flavoring and coloring, preservatives, genetic manipulation, and radiation, foods labeled as organic or natural differ in that the latter don’t tell you anything about the kinds of pesticides, fertilizers, or hormones used. For instance, crops can be considered organically raised if they were fertilized with compost or manure but not with chemicals, whereas natural foods include both.

Sustainability: Environmental sustainability refers to engaging in practices that don’t squander the planet’s resources at a rate at which they can’t replenish themselves. When it comes to food, it essentially means raising crops and animals in an environmentally- and ethically-responsible way. Sustainable agriculture includes practices like crop rotation to prevent soil depletion, biological pest control so that chemical insecticides don’t contaminate groundwater, and managing animal manure so that it doesn’t pile up and release excessive greenhouse gases. Since there are no industry-set guidelines to certify food as ‘sustainable,’ consumers can’t check for any labels that confirm a product’s claim to sustainability.

Vegan: A person who doesn’t eat any animal products: dairy, meat, seafood, eggs, honey, and most gelatin are all no-no’s. Vegetarians, on the other hand, just don’t eat meat or seafood, while pescatarians do eat fish but not meat. People usually elect these lifestyles based on ecological concerns, animal welfare ethics, and/or religion. 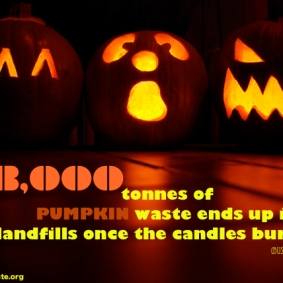 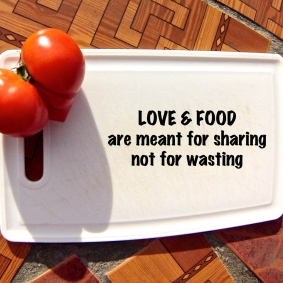 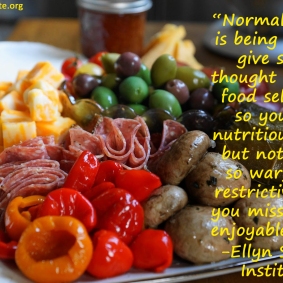 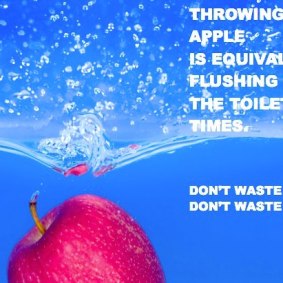 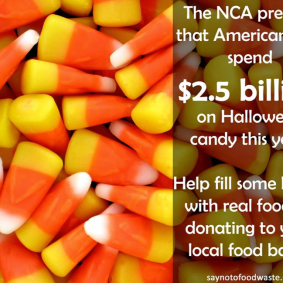